Jazz Fest annually celebrates the unique culture and heritage of New Orleans and Louisiana, alongside unforgettable performances by nationally and internationally renowned guest artists. With twelve stages and over 500 bands performing virtually every style of music, Jazz Fest presents one of the entertainment world’s most diverse music lineups. Hundreds of thousands of fans annually flock to the New Orleans Fair Grounds Race Course for Jazz Fest, which has been called America’s best festival.

We couldn’t be more proud to partner with this legendary festival once again and offer travel packages to make this can’t-miss event accessible for fans all over the world. Travel packages include a hotel stay and shuttle transportation between your hotel and the festival, as well as your choice of festival passes — ranging from general admission to three tiers of VIP passes: the Big Chief VIP Experience provides special viewing access at most stages, the Grand Marshal VIP Pass allows for up-close access at the three major stages and the Krewe of Jazz Fest VIP Pass entitles patrons to special covered seating at the Acura Stage audience area.

We can’t wait to see you ‘Down South in New Orleans’! 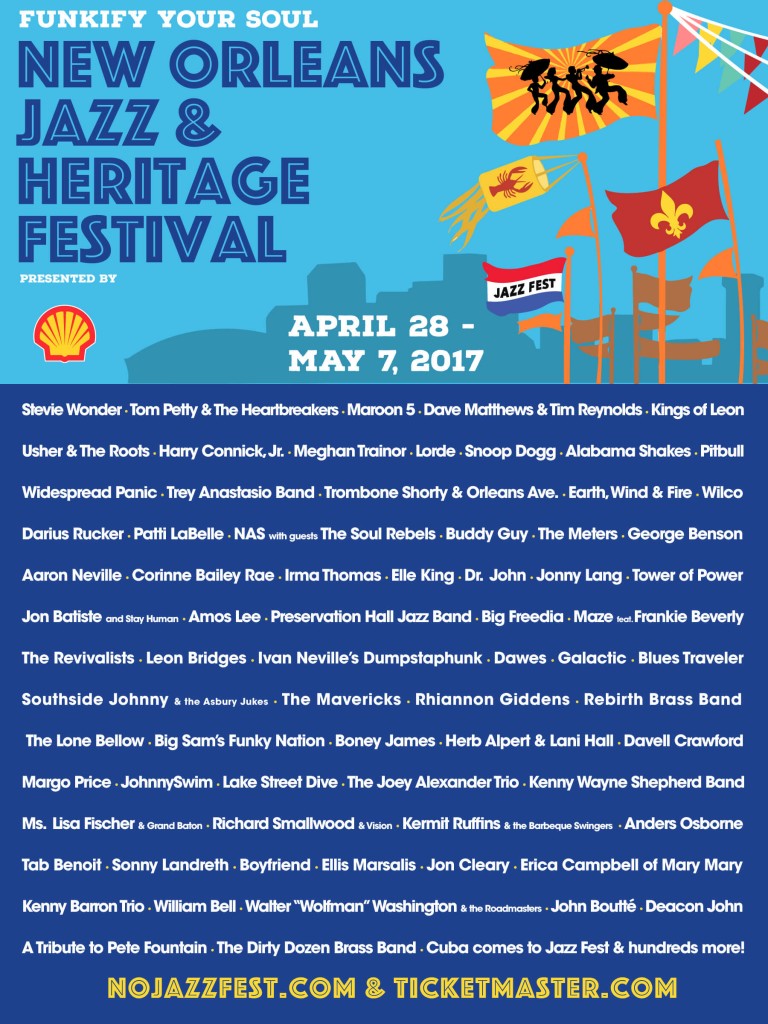