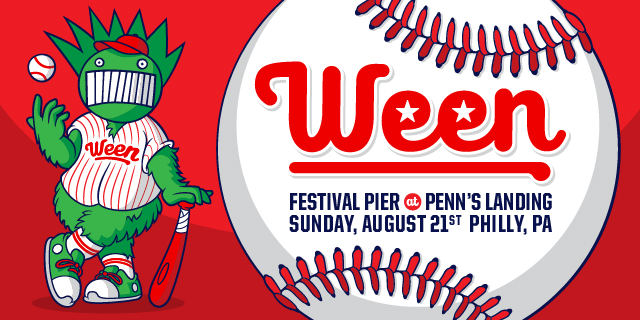 After more than four years, Ween has returned. Six nights of instantly sold out shows – three at CO’s 1stBank Center and three at NYC’s Terminal 5 – have celebrated the band’s far-reaching catalog, delivering hits, deep cuts and live debuts. And now, they are coming home to PA. Ween – Aaron Freeman and Mickey Melchiondo – will take the stage at Festival Pier in Philly on Sunday, August 21st for their only area show where fans can see “An Evening With Ween”!

Buckingham Green VIP Experience includes access to the Chocolate & Cheese Lounge with cash bar, exclusive merchandise including a poster signed Gene and Dean Ween, a GA ticket with early entry into venue and much more.